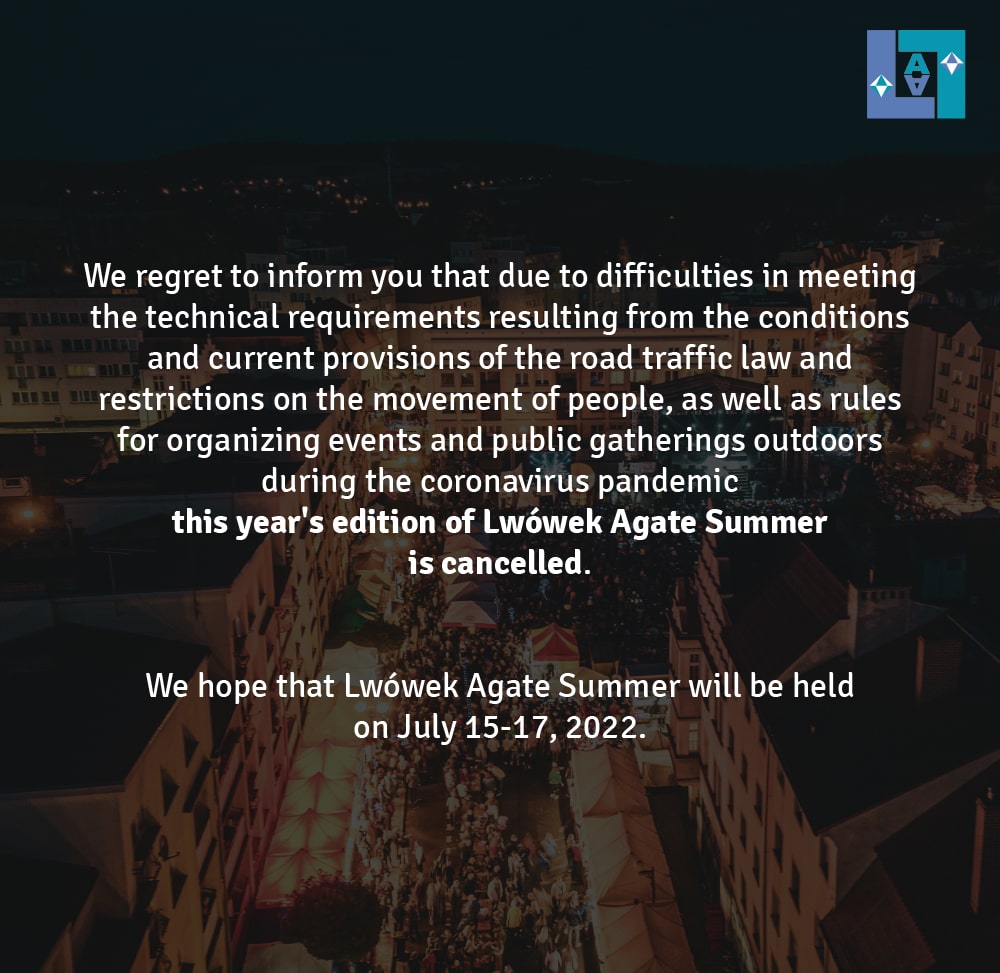 The Lwówek Agate Summer (earth treasure hunters festival) is an international, outdoor mineral and jewellery trade fair with over 200 stalls, 80 of which solely present minerals and fossils, several demonstrating the techniques of cutting and grinding semi-precious stones, one stand offers a free of charge valuing of ground precious stones – all of them run by members of the Diamond High Council in Antwerp; and the zone of ‘Geoland’ with an agate excavation site for children, and a nature zone displaying the local flora and fauna.

An important aspect of LLA is the annual, spectacular exhibition of collectors’ specimens and gemstone jewerelly that fill the interior of the Renaissance town hall of Lwówek Śląski with a scintillating glow.

An additional element of the LLA is a family recreational festival offering a variety of live musical entertainment, 2 parades (of treasure hunters and classic motorcycles) and a colourful fair with 200 stalls presenting a diverse selection of local, artistic and handcrafted goods.

In 2004 Lwówek Agate Summer was presented with a POT Certificate as one of the best tourism events in Poland by the Polish Tourism Organisation.

In 2006 LLA was awarded the highest annual regional accolade The Key of Lower Silesia in the best cultural innitiative category. In 2007 LLA was granted a certificate by the Tourism Organization of Lower Silesia as the most interesting regional tourist attraction in the category of Urban or Cultural Tourism Product.

In 2015 XPO Press based in the USA acknowledged LLA as a top mineral festival in Europe.

Lwówek Agate Summer has its place amongst the most outstanding mineralogical events!